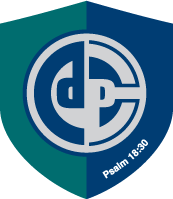 It took over 30 years for two dedicated blood donors, David Adriansen and Sandy Davis, to become eligible to give with the Red Cross again. This summer we welcomed them back with open arms and their sleeves up.

In June, the Red Cross implemented FDA updates and simplified  blood donation deferrals for individuals who spent time in certain European countries that have few chances of spreading Creutzfeldt-Jakob Disease (CJD) and variant Creutzfeldt-Jakob Disease (vCJD), commonly known as “mad cow disease.” Donors previously deferred for risk due to time spent in low-risk European countries, time spent on U.S. military bases in Europe or for use of bovine insulin, may now be eligible to give if they meet all other eligibility requirements.

Serving Others Runs Through Their Veins

We recently spoke to David and Sandy, who were previously unable to donate blood because of their potential exposure to “mad cow disease,” while they lived in Europe in the 1980s. David was deferred after honorably serving our country as a member of the United States Air Force and Sandy after being deployed as a U.S. Army spouse. Read on to learn about their experiences.

David, who has been a Red Cross volunteer for the last 46 years, was stationed in Spain from 1982-1984 while serving as a U.S. Air Force medic and emergency department supervisor. He checked every year to see if the FDA had changed their stance on the “mad cow disease” deferral.

His military travels took him all over the world, but one place he couldn’t wait to revisit was a Red Cross blood donation center. When he saw blood donation guidelines were updated this summer, he scheduled an appointment to give right away.

“Donating blood is the minimum and most impactful gift any human can do for another,” said David. “Being told for the last 35 years that I could not give just made the resolve stronger to give once allowed.”

You could say that the Red Cross has always been in David’s blood. His mother was a Red Cross nurse who encouraged him to volunteer at a high school Red Cross blood drive when he was 14 years old. Throughout his military career, he taught CPR at Red Cross stations and chapters overseas and across the U.S.

“It felt good to be able to give again,” said David. He plans to rack up donated units by giving twice as much during each blood donation. “I came back with a goal of making up for lost time and donated Power Reds, which count as a double donation,” said David. “This will be my personal life goal to give Power Reds as long as I am eligible. It makes you feel great that you can help save lives by such a simple act of donating.”

Sandy retired from the Red Cross as a collections manager in 2018. She was unable to give because she lived on a military base in Germany with her husband in 1980. She values donating blood because it was something that her father ingrained in her.

“My father was a dedicated blood donor for as long as I can remember,” said Sandy. “He instilled in us the importance of doing whatever we could to help those in need.”

When Sandy gave blood this summer, she returned to the Red Cross collection site where she worked for close to 20 years. The moment was all the more memorable because she was able to give alongside her former team. “I was ecstatic. It meant a lot to me, and I felt like it was a full-circle moment because I had talked about it with them very openly,” said Sandy.

These deferral updates serve as an important step toward ensuring a safe and sufficient blood supply is readily available for patients in need. If you have never attempted to give blood and are healthy, feeling well and are now eligible to donate, please schedule an appointment to give by using the Red Cross Blood Donor App, visiting RedCrossBlood.org or calling 1-800-RED CROSS. Please note if you were deferred from donating blood, but are now eligible, we’re working through the process of removing this deferral from donor records. Please contact our Donor Support Center at 1-866-236-3276 if you wish to have your donor record updated immediately.

Unfortunately, if you spent three months or more in the UK between 1980 to 1996 or five years or more in Ireland and, or France from 1980-2001, you remain indefinitely deferred. For more information about blood donation eligibility requirements, tap here.

More time at home during the coronavirus pandemic has led to many of us to bake and cook more in the kitchen, from the classic COVID-19 sourdough bread to heating up a frozen meal. With all this cooking, there’s bound to be accidents. Take a look at things you’re doing that may lead to a kitchen fire – the leading cause of home fires in the U.S.

1. Leaving the kitchen while cooking

Walking away from your kitchen while cooking is the top cause of kitchen fires, and it’s so common that nearly 70% of us have done it!* If you need to dip out – like to use the bathroom or answer the door – turn the stove off. Those few seconds you’re gone are just enough for a fire to start.

*According to a 2020 national Red Cross survey.

2. Placing dishtowels near the stove

That towel you use to wipe your hands while cooking can easily end up a little too close to a hot burner and catch on fire. If you cook on an electric range, it’s important to know that there is a higher risk of cooking fires than when using a gas range.*

*According to the National Fire Protection Association.

This photo has four common mistakes you should avoid to prevent home fires. Can you spot them all? #EndHomeFires

That cute sweater you just bought for fall can also catch on fire if it gets too close to a burner. Make sure to roll up your sleeves before you start cooking.

If you’re frying food and see smoke or the grease start to boil, remove the pan from the stove. You can also use a pan lid or cookie sheet to put out a pan fire. Use the sheet to cover the pan and leave it on top until the pan is completely cooled.

To help stay safe from home fires, test your smoke alarms monthly and practice your escape plan. Everyone in your household should be able to get out in less than two minutes.

For more safety tips and to learn how the Red Cross helps people affected by home fires, visit redcross.org/homefires.

The Red Cross Home Fire Campaign is made possible with generous financial donations from our national partner Lowe’s.